Automation in the process industry for safer, cheaper, cleaner, and more efficient maintenance

Smart Tooling is an Interreg Flanders-Netherlands project sponsored by the European Union.

Smart Tooling is coordinated by Knowledge and Innovation Center for Maintenance in the Processindustry (Ki<|MPi), and is a collaboration of partners from industry (engineering companies, inspection companies, asset owners) and academia.

Role of RaM in the project

The focus of RaM’s work in Smart Tooling is on autonomous inspection of industrial pipelines. Typical inspection tasks are locating defects and deformations, and verifying the wall thickness. Pipelines with turns, splits, or with sections with varying diameters cannot be inspected by a PIG (Pipeline Inspection Gauge). Currently, the whole inspection process of such pipes is performed manually by technicians, but the technician doesn’t fit inside these pipes and thus the pipe is inspected from the outside. However, the pipe may be covered with isolation layers that need to be removed first, only to discover that there are no damages (e.g. rust) beneath the isolation layers.

The solution RaM is working on is a robot that can be placed inside the pipe to carry out the inspection. This way, the technicians only have to check and repair the points of interest that the robot detected.

We have developed a flexible and ROS-based software architecture for controlling and navigating the PIRATE robot through pipeline networks. The architecture can be either used to control the real robot or the simulation platform built in PyRep.

The Mission Control layer translates the mission goals defined by the operator, for example, inspect the pipeline from point A to point B, into optimal paths for the robot.

The Supervisory Control layer handles the control inputs from the robot’s onboard sensors and translates the mission into a sequence of high-level commands, such as clamp the front, rotate, and drive, for the robot. 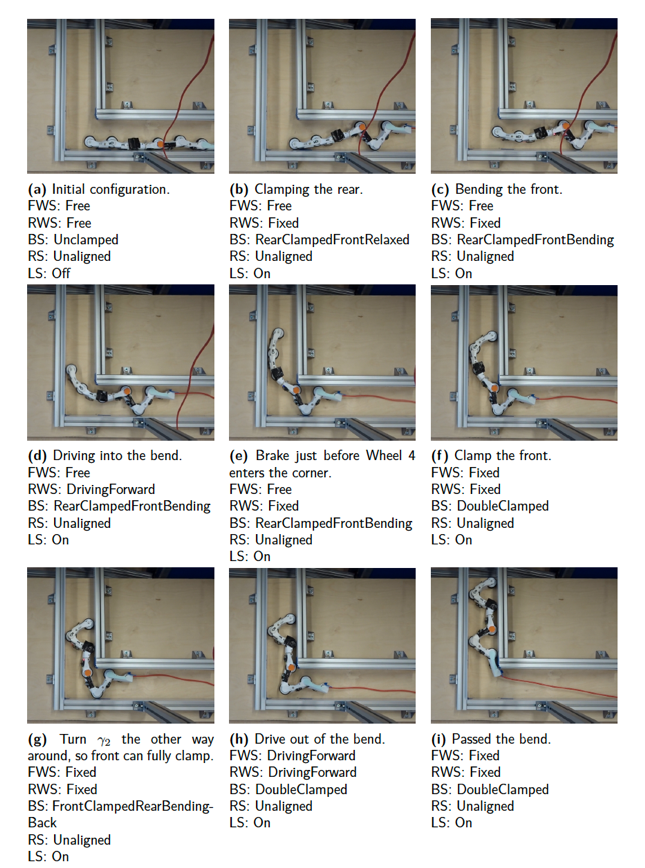 We have studied the problem of navigation using reinforcement learning techniques in order to be able to learn the best way to navigate through the pipeline network. Because of the robot’s and task’s complexity, we tackled the problem by hierarchically decomposing the policies into two levels of abstraction. This allows us to exploit the structure of the problem by leveraging on the prior knowledge we have of the task and of the robot. At the lower-level, we can find three policies: 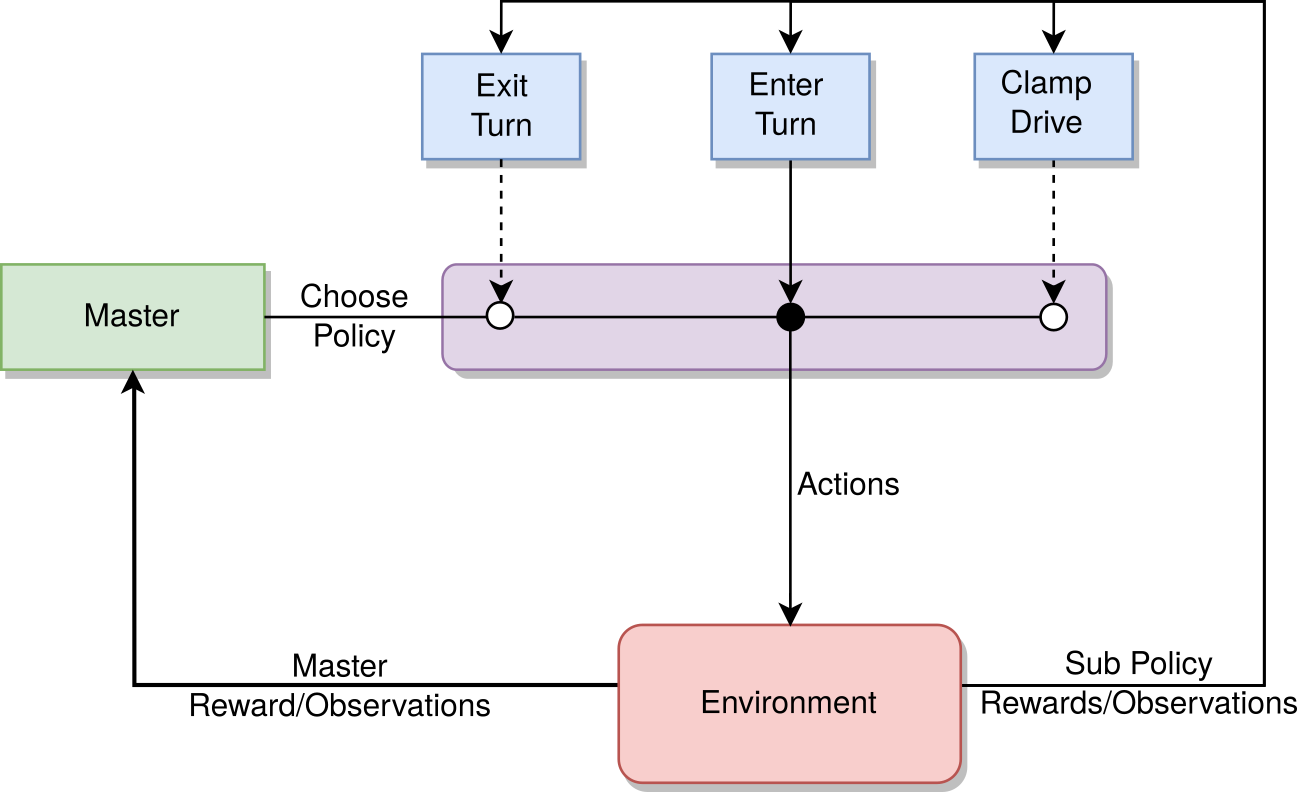 The Clamp Drive policy is responsible for clamping and unclamping the robot and for driving through straight pipe segments, the Enter Turn is in charge of properly aligning the robot with the next corner insight and steering the front module of the PIRATE through the turn and the Exit Turn exits the corner and clamp the robot in the new pipe segment. Eventually, we find the Master policy that simply selects which of the low-level policies to actuate given the sensory readings. This approach outperforms the reinforcement learning approach using a single policy for learning the whole navigation procedure.

We are able to localize the robot in the pipeline network with good accuracy and consequently locate the defects found during the inspection. The localization problem is usually tightly connected with the map of the environment in which the robot has to localize itself in. Simultaneous Localization and Mapping algorithms are employed to reconstruct 2D/3D maps of the pipeline networks and simultaneously estimate the robot location. 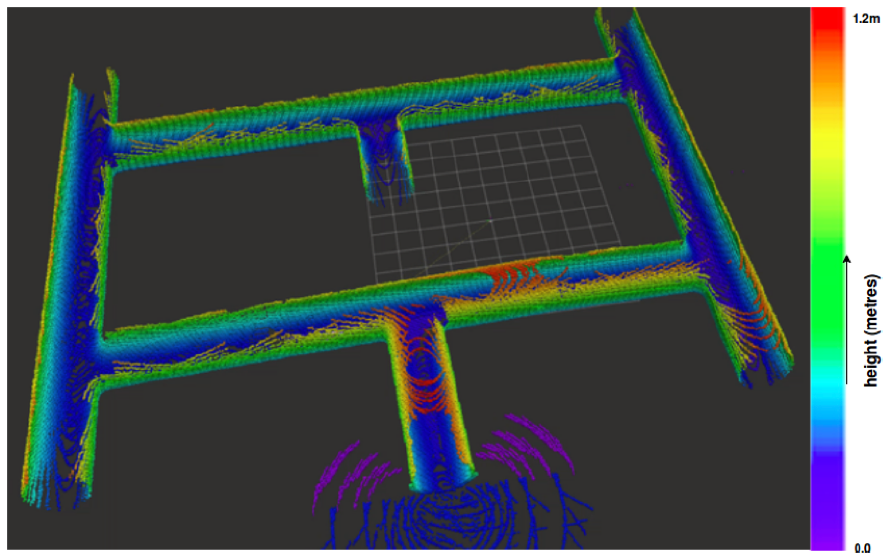 Using laser scanners, we can detect not only the type of pipe segment in front of the robot, such as a straight pipe, a bend, or a valve, but we can also estimate its distance from the robot, the turning angle, for corners and T-junctions and if the pipe diameter has changed.

There are no associated assignments for this project.

There are no assignment proposals yet for this project.